Justinian B. paints mainly in oil. His painting is figurative and his style is close to surrealism and fantasy. Use of symbols, representation of dreams as a form of reality, spirituality, freedom of thought, aversion to formatting and totalitarianism, are some of the key ideas present in his works.

"It is quite difficult to describe exactly the path that leads me to the realization of my paintings. This is usually a first flash that is completed as work progresses. It is a bit of a representation of my feelings and ideas, seen from different angles and mixed with dreams, that I really see as a form of reality.

A single painting often represents many thoughts and sometimes scenes of my subconscious or dreams for which I do not always have an objective explanation. I help the viewer in his process of interpretation through the use of symbols, but there is various possibilities of accessing to the truths represented and I like to leave to the observer the freedom of imagination and interpretation of my paintings."

The rather unusual path of life of Justinian B. certainly played an important role in his vision of the world and shaped his art. Freedom of thought is the good that he puts at the forefront of his values and his aversion to formatting and totalitarianism is felt everywhere in his paintings.
His influences are diverse, but the main features of his subjects are: an original spirituality with multiple roots and far removed from dogmatism, a form of pessimism that particularly amuses him, and self-deprecation ... because a part of him is represented in each of his paintings.

His paintings are painted mainly in oil on canvas or on wood.
Admirer of the great classics and especially of the Flemish primitives, his painting is figurative and his style is usually close to surrealism and fantasy. His offbeat references, breaking with conventions, can situate him as postmodernist, or even ahistorical. 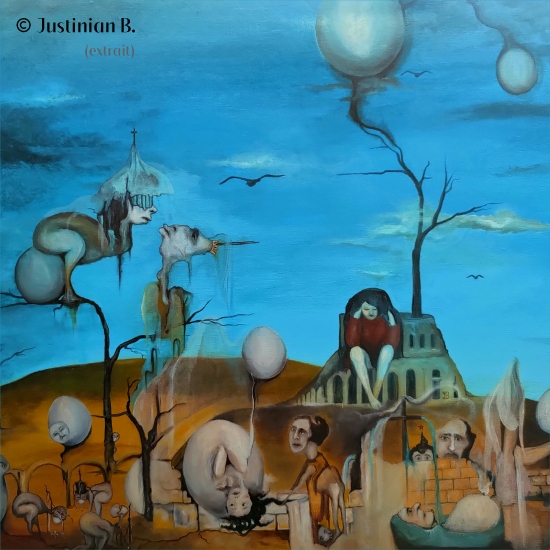 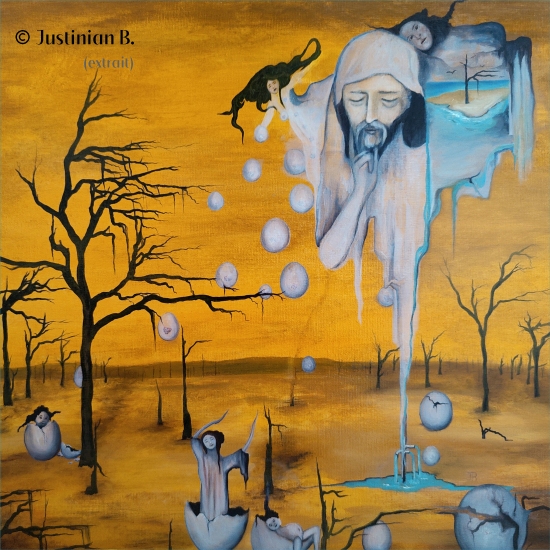 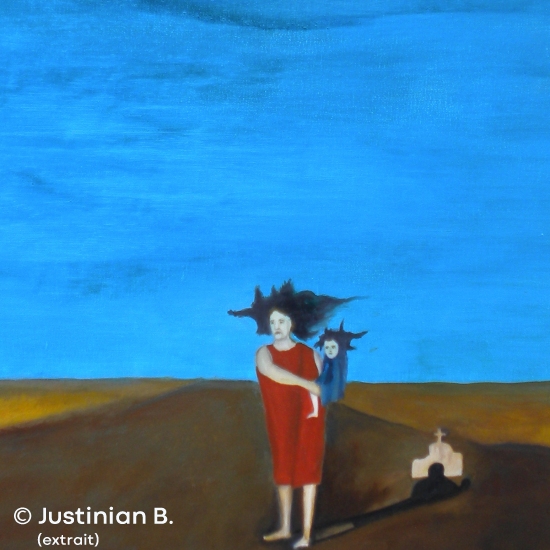 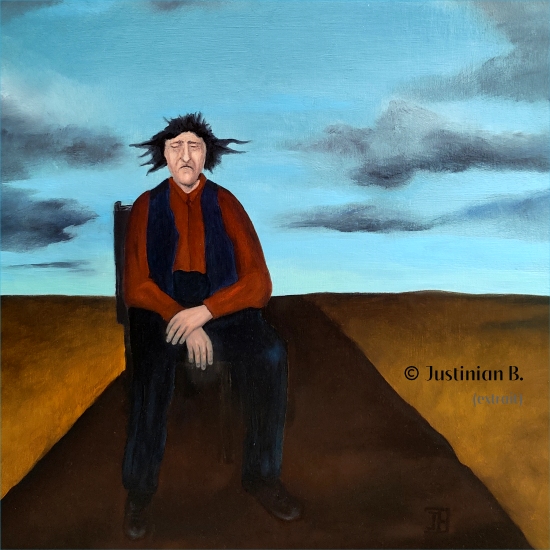 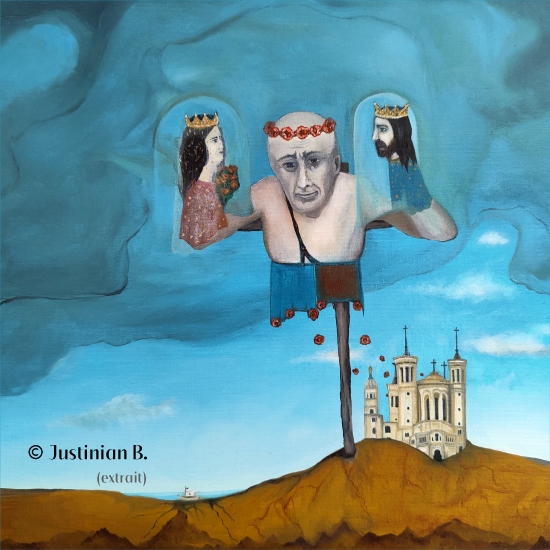 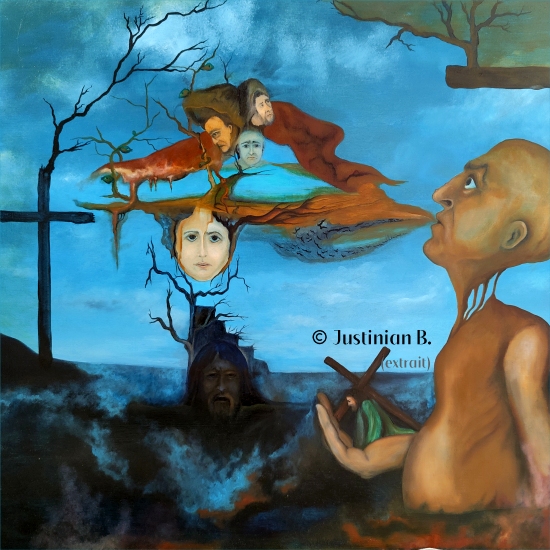 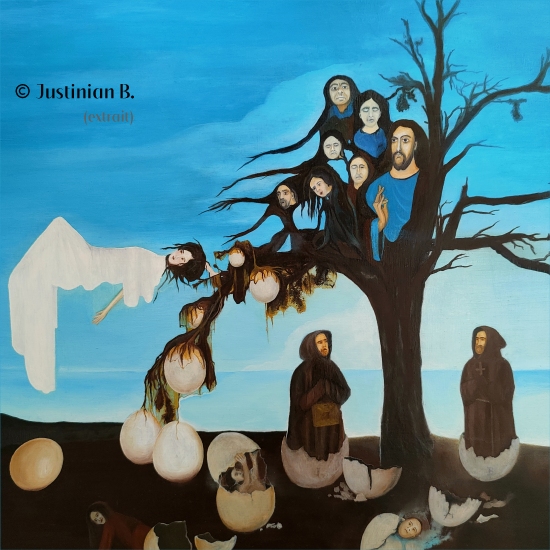 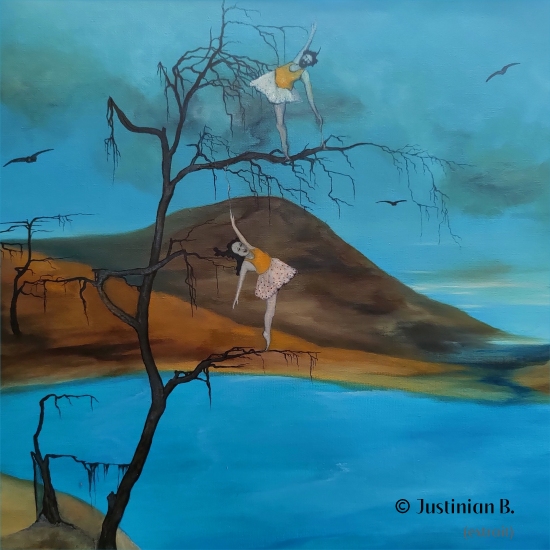 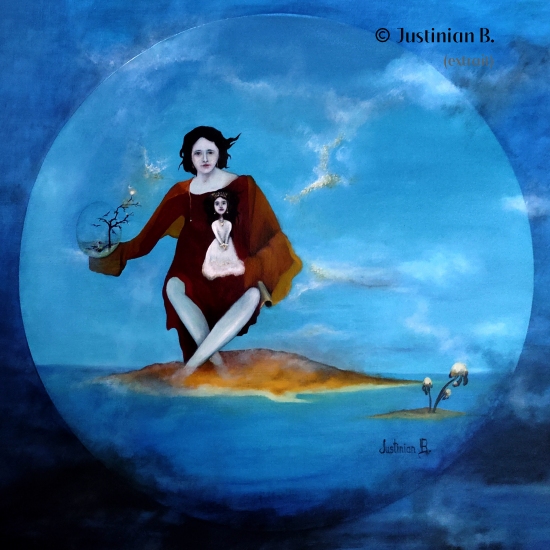 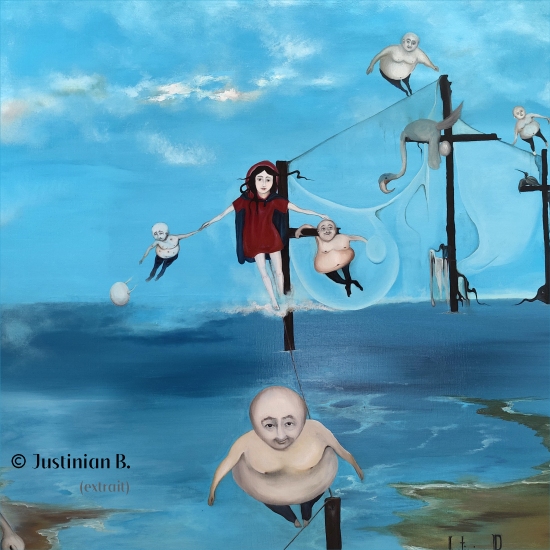 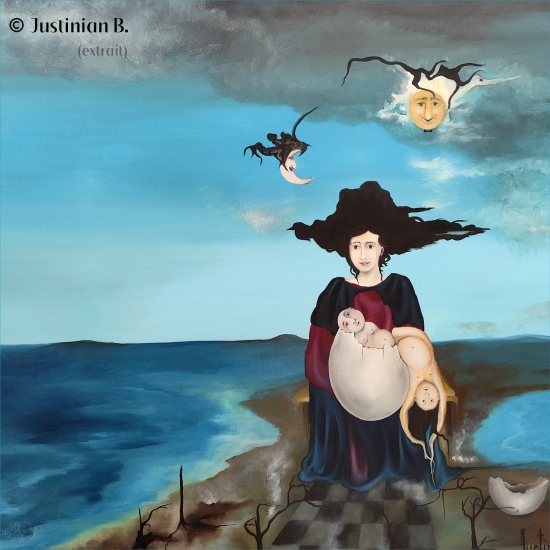 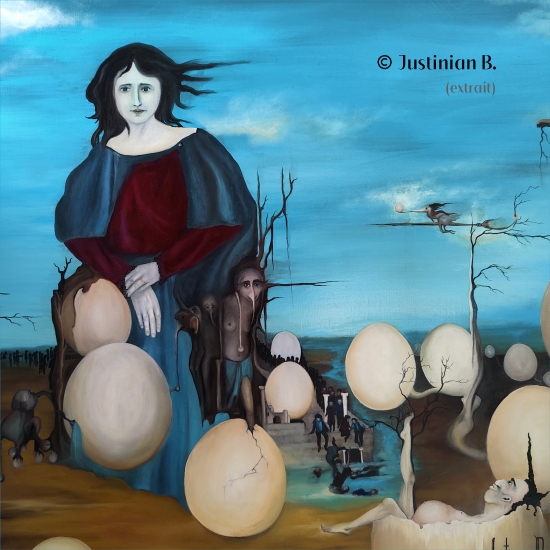